A Shop Your Pet’s All Natural Life

Home Pet Food Pomeranian lulu: how to choose the best feed for this breed? 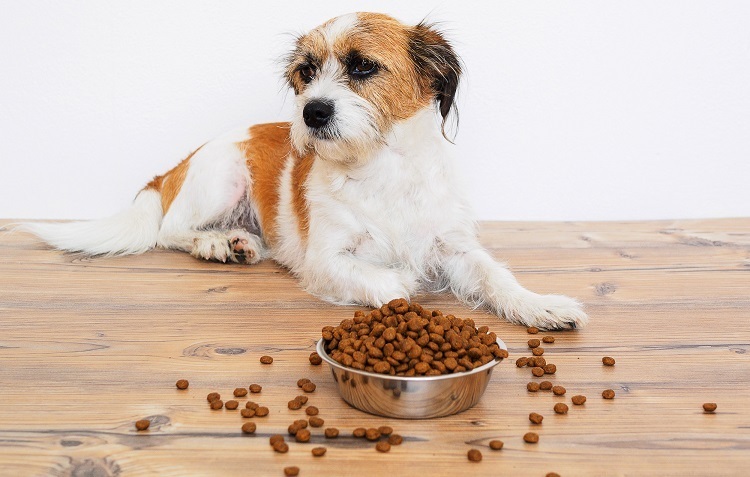 The Pomeranian is one of the most popular spits-type dogs in the world, probably thanks to its beauty and friendly nature. Although they also stand out for their docility, these dogs require their guardians to provide them with a good education and teach them the basic commands of obedience.

The Pomeranian Lulu breed is descended from large sled dogs from Lapland and Iceland. However, the current variety is small in size. This breed measures over 28 cm and weighs between 1.81 and 3.17 kilos. The dietary recommendations are for a caloric intake of between 300-400 calories.

The choice of feed, according to the Association of American Feed Control Officials, (AAFCO). It is a minimum of 22% protein for puppy dogs, and 18% protein for adult dogs. In this article we are going to talk about the Pomeranian breed, the most essential characteristics, their temperament and the special care they require to have a full life.

These dogs are known for their small size, it is one of the smallest breeds within what is known as mini breeds. It was originally a large dog. Its size has evolved over the years to become the miniatures that we can see in society today.

The Spitz is a mini, elegant dog, with a very lively and cheerful character. Ideal to live with him in an apartment or in a house in the country. It is a dog with a very pleasant temperament that needs a lot of pampering.

The Pomeranian Lulu breed is also known as Dwarf Spitz or Pomeranian. S u name comes from its place of origin, Pomerania. An ancient duchy that was on the Baltic Coast, between Germany and Poland.

In the beginning they were known as Wolfs plaits, wolf dog, they said that their attack in front of the shelter of the herd was infallible. In their origins they were used for the care of sheep and reindeer, hence their fame as guardians. They were also used to pull sleds, which shows that their size was greater than today. The dogs that were used to pull sleds had to be of good size and great strength.

Pomeranians are descended from European working dogs. In Greece and Rome they were considered very good dogs since they were the pets that the ladies of the upper bourgeoisie had.

In the same way that its size has evolved, so has its character. Formerly it was a race with a strong character, protective to the point of lashing out against what it considered an attack. But at the moment the character of these dogs is docile, friendly and affectionate.

Characteristics of the Pomeranian

Next we will see the most important characteristics of this breed. In the same way we will talk about their temperament and the best care to be able to maintain a good coexistence with a Pomeranian.

The size of these dogs has evolved over the years until today it becomes a mini-size dog. Its weight ranges between 1.5 kg and 3 kg. It is considered a breed of miniature dog, but with great elegance. Los they Males are smaller than females.

It is a robust and corpulent animal, despite the fact that its long coat does not allow its body to be seen. The color of the dog’s hair can vary in tone from white to black. The most common is reddish brown, but we can find plain colors or with spots in two well differentiated tones. They are very long-lived animals, they can live up to 18 years.

Choose the Right Dog Food and Accessories for Your Canine Companion

Smart Options for the Aquarium Moss

Why Is A Pet-Friendly Pest Control Important

Tips To Groom Your Beloved Pets

How to Take Care of a Puppy

The Joys of Pet Ownership

Some of the Most Popular Felines

How to Know the best type of Horse to Buy

Tips To Take Care of Your Cats